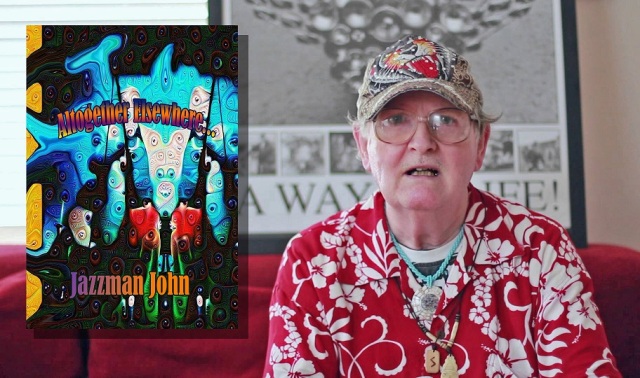 Altogether Elsewhere is a vibrant journey between reality and fantasy. The truths are strong, poignant and positive. The dreams are the shifting sands of sunsets and twilight visions. This chapbook is richly illustrated by Pete Jon Smith who captures London’s dissociative landscapes that are both urban and pastoral, real and unreal.

Poet, writer and performer, John Robert Clarke (b. 1948) is a well known name in London’s poetry performance scene. Born of Dublin parentage, he devoted more than two decades of his early career in commercial banking before finding the Muse in the mid to late 1990’s. Clarke is affectionately known as ‘Jazzman John’ due to his abiding influence from & interest in Jazz, Jazz styles, structures and rhythms. He ran a series of ‘alternative’ events throughout London, featuring, mainly, poets, musicians, singer-songwriters & performers. He was a regular performer at London venues up until his death in August 2018.