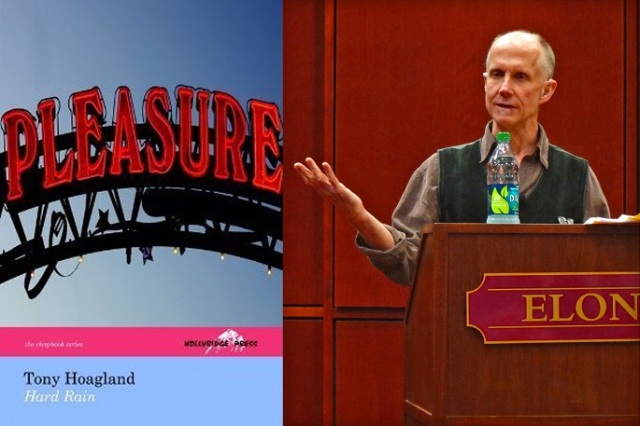 Once again Hard Rain by Tony Hoagland  graces the number 1 position on the UK Chapbook Chart. Hard Rain is consistently the most popular of chapbooks in the UK chart, it has never dipped out of the Top Ten in 2016 and remains a favourite amongst readers throughout the world.

Tony Hoagland is still little known in Europe and yet he made his way into the prestigious British encyclopaedia Contemporary Poets at a very early stage. Since then he has also published Donkey Gospel and What Narcissism Means to Me, books that have won him a swathe of awards in North America. As these titles suggest, Hoagland’s characteristic tone is marked by a deep devotion to hedonism in all its manifestations, humour being one of its mainstays.

There are three new entries – Cunt.bomb. by Jessica Helen Lopez at No.2,  Over The Skin by Carole Bulewski  at No.7 and Catitudes & Platitudes by Susan Wingate at No.8.

Top publisher this week is Sampson Low who have 3 entries in the top ten. Oscar Wilde is the leading author with publications at No.3 & No.5.